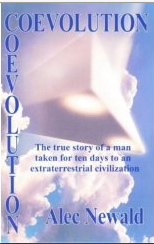 CoEvolution: The True Story of a Man Taken for Ten Days to an Extraterrestrial Civilization - by Alec Newald. This is by far the most amazing encounter story I've ever read. Alec's escort and close companion was a female human/grey-ish hybrid named Zeena who, in the course of their ten days together, revealed to him an embarassing mistake their people made in the past, how it affected them, and why they have come to Earth—to co-evolve with us when the Earth shifts into a higher dimension, something they believe is about to happen soon. Check out this interview with the author, recorded June 11th, 2009, on Radio Out There. 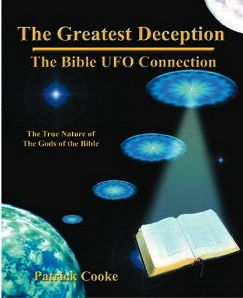 The Greatest Deception: The Bible UFO Connection - by Patrick Cooke. From the title, one might expect to see a condemnation of UFO's and ET's as Satanic deceptions. Quite to the contrary, theologian, UFO researcher, and author Patrick Cooke claims that this slander of the ET's as Satanic deception is itself the Greatest Deception. Who's fooling whom? Cooke says the bible is a historical document about the Elohim, the advance beings who said "Let us create man in our image", and their interaction with us. High technology, says Cooke, is clearly evidenced in the details of the supernatural events in the bible, but this does not negate what the bible is telling us about our place in God's Plan. A rare view, one which I cherish.

Gateway of the Gods - by Craig Hines. This is a must read for anyone interested in the bible and its connection to extraterrestrials. Hines covers the revelations in the book of Enoch and dispells many of the contemporary myths that obscure the real story. Also covered: a comprehensive and masterfully written summary of the amazing story of David Hudsdon and the White Powder of gold. If you like what you read on Emerging Truths, you'll love this book. 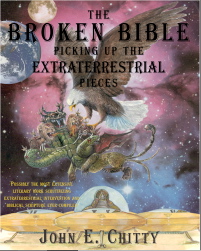 The Broken Bible: Picking up the Extraterrestrial Pieces - by John E. Chitty. A thorough analysis of the Old Testament focusing on the technology used by Yaweh and his angels, and providing an explanation for why Yaweh destroyed so many nations before delivering the Israelites to their promised land. He theorizes that the fallen angels spoken of in the book of Enoch were the 'other gods' who had captivated the many nations Yaweh destroyed. Mr. Chitty's analysis of scripture leaves no doubt in the readers mind that Yaweh, his angels, and the 'other gods' were all very real, and did indeed use high technology. 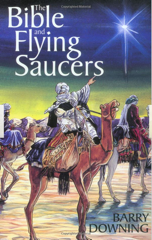 The Bible and Flying Saucers - by Barry Downing. One of the all-time best analyses of both the Old and New Testaments of the bible, written by a theologian whose insight was well ahead of his time. A treasure trove of supportive and convincing evidence of the Ancient Aliens theory. 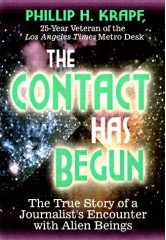 The Contact Has Begun: The True Story of a Journalist's Encounter with Alien Beings - by Phillip Krapf . On June 9, 1997, former Los Angeles Times journalist Phillip Krapf found himself whisked aboard an alien spaceship where he spent the next few days being peacefully indoctrinated into a fascinating new world. Seemingly forgotten about today, this book nevertheless ranks among the most important and amazing testimonials ever put into print. As with CoEvolution, this species, the Verdant, are not exactly greys, but similar. Prior to meeting them, Philip held skeptical views of UFOs, and neither did he believe in God. Upon meeting the Verdants, Philip was shocked to see how wrong he was about UFOs, but even more shocked when they told him, by way of a story from their past, that they believe in God and eternal life after death. A must read.

Coast To Coast - George Noory - C2C provides a daily commercial-free webcast for about $5/month, with top experts in the field of UFO's, and all related subjects. I'm a happy subscriber.

The Unknown Country - Whitley Strieber. Whitley features a weekly, commercial-free webcast for about $4/month. Fascinating guests plus frequent reports from Linda Moulton Howe, whose reports are probably the most exciting thing available these days. Her voice is soothing because she is an honest woman with a scientific mind, and she *knows* something strange is going on here. I can't get enough of her, quite honestly. 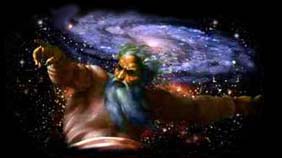 EARS - Evidence of Alien contact Revealed in Scripture - books and web site by James Andrew. Note from James: "... just a friendly reminder that most of the content for the first book can still be found in the original EARS articles section.

Atlantis Rising - This is my favorite. Published monthly, every issue is packed with fascinating articles both from well-known researchers/authors as well as up and comers. Great for taking to the dentist or doctor's office to read while you wait. 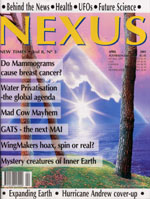 Nexus Magazine - Based in Australia, NEXUS is an international bi-monthly alternative news magazine, covering the fields of: Health Alternatives; Suppressed Science; Earth's Ancient Past; UFOs & the Unexplained; and Government Cover-Ups. From my perspective, health issues seems to be the predominant subject, but there's always one or two other excellent articles.